The Northeast Georgia Mountains provide a perfect climate for growing wine grapes. In addition to visiting the wineries and vineyards in the area, you can also purchase many local wines at gift shops, art galleries, beverage stores and other outlets in the area. Also be sure to check each winery’s website for current events — many offer regular wine tastings, live music weekends and grape-stomping festivals.

For more details, click the name below to go to the link: The Chateau Elan Win­ery was opened in 1984 by Don and Nancy Panoz and cur­rently sits among acres of vine­yards. The Win­ery also hosts two din­ing estab­lish­ments: the ele­gant French Le Clos restau­rant and the relaxed Mediter­ranean style bistro, Café Élan. Upon enter­ing the Win­ery you will first dis­cover the Wine Mar­ket, which fea­tures Château Élan wines along with a wide vari­ety of wine-​related and culi­nary gift items. The Win­ery also hosts The Viking Culi­nary Stu­dio, which offers week­end cook­ing classes and Sat­ur­day cook­ing demonstrations. The Art Gallery is also located in the Win­ery on the 2nd floor.

The Chateau Elan Inn offers 275 deluxe guest rooms. The gue­strooms are inspired by the Château Élan archi­tec­tural and inte­ri­ors style that emu­lates ele­ments of a French coun­try estate.

In addition to the Winery and Inn, there’s also a Spa, Golf Course and Event Center. 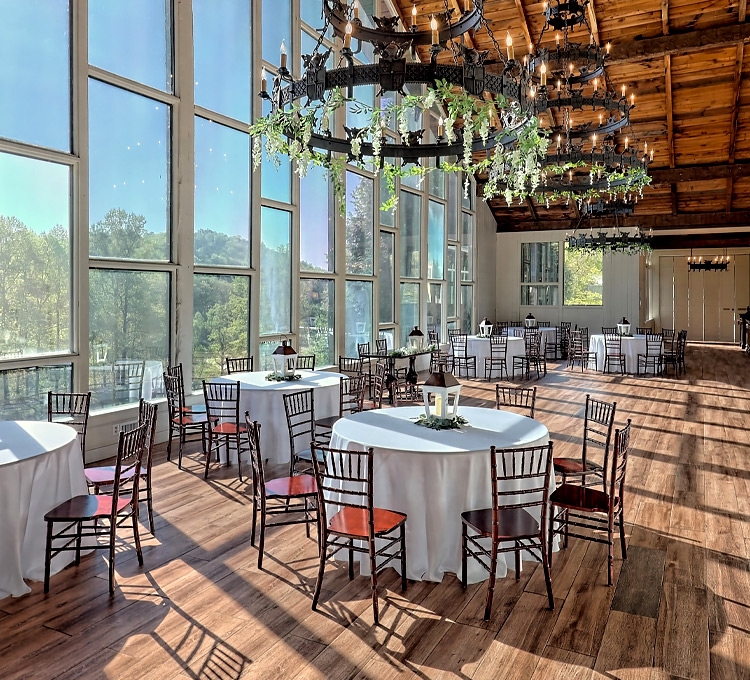 Tucked away in the southern foothills of the Blue Ridge Mountains, Kingwood Resort and Winery is your path to another side of life in Georgia. Surrounded by the best of nature, from towering trees to rolling landscapes, as well as home to impressive amenities, including lodge-style accommodations, a championship-style golf course and a winery, time spent here simply feels different.

As one of our newest additions, the winery and tasting room is a central lounge made for sitting back and unwinding while you journey through the flavors and notes from our very own Chechero line. Habersham Vineyards & Winery has been producing award-winning Georgia wines since 1983 and is one of Georgia’s oldest and largest wineries. Located in the North Georgia Wine Country, one half mile south of Alpine Helen in Nacoochee Village, the winery is open daily for complimentary tastings and self guided tours.
In addition to a large selection of Georgia grown and produced wines, the tasting room also features a gift shop with gourmet foods and wine specialty items from around the world. Habersham carries imported cheeses and all the fixings for a perfect picnic.
Habersham’s commitment to quality begins with careful monitoring of both the grapes in its vineyard as well as those it purchases. Attention to detail continues through the crushing, fermentation and aging process. The winemaker, UC Davis and California trained, personally sees to each detail of every process. Complimentary wine tasting and selection recommendations are handled by a well trained staff who looks forward to serving you. As you drive into the entrance of the 35-acre Paradise Hills Resort property, there is a small test vineyard roadside, below some of the rental cabins. The main vineyard at Paradise Hills stretches beyond the centrally located Lodge with the winery production building alongside it.

The vineyards were originally planted in 2012 with a variety of grapes to include Cabernet Sauvignon, Cabernet Franc, Reisling, Chardonnel, Traminette and Sangiovese. The vines are closely managed and cultivated with specific seasonal techniques to enhance their growth and enrich the grapes’ quality.

Here, we strive to balance the regions impact on the grapes with our personal vision of the finest wines. Local wine with European flare. Our vineyards and farm winery are a family operation that involves every member contributing to every aspect and stage of the process. Grapes-to-glass (winemaking) is a process that is an evolving, forever-learning craft. Tiger Mountain Vineyards, a boutique North Georgia winery, cultivates all of its grapes and produces all of its handcrafted wines in the mountains of Rabun County. The winery, along with its historic Red Barn Cafe, is jointly owned by four native Georgians, John and Martha Ezzard and John and Marilyn McMullan.

In January of 2009, John and Marilyn McMullan joined the Ezzards as partners in the winery. Together, the Ezzards and McMullans created a new business strategy and, in 2011, began refurbishing the historic 75-year-old barn into what is now the cafe and events venue. Dr. John began planting European vinifera grapes in 1995 on his five-generation-old farm at Tiger Mountain where he was born. He and his wife Martha, with the assistance of a successful Virginia vineyard, carefully selected the varieties of grapes suited to the climate of the southern Blue Ridge, creating the first vinifera vineyard in the state. Tiger Mountain Vineyards now grows six French vinifera varieties: Cabernet Franc, Malbec, Mourvedre, Petit Manseng, Tannat, and Viognier, as well as the Portuguese Touriga Nacional. In addition to the European varieties, John also planted the American Norton grape, native to Virginia. The first Norton vines were rooted from Virginia cuttings. In addition, Tiger Mountain Vineyards is currently the only producer of Petit Manseng in Georgia.

Tiger Mountain Vineyards is proud of the old-world methods used in creating its handcrafted wines. Tiger Mountain produces traditional dry wines in the European style from each of its grape varieties, three red blends, and an award-winning semi-dry Rose as well as a late-harvest dessert wine. Red wines are fermented in small-batch open tanks. Each tank is meticulously monitored and tended by hand. White wines are fermented in French oak barrels and bottled precisely when the desired crispness is achieved. Tiger Mountain barrel-age its reds for two years in American oak. All of its wines are delicately pressed using water pressure.